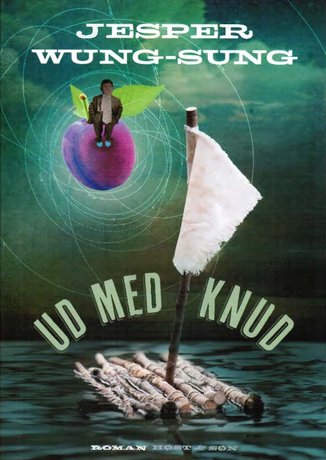 "Boot Canute" is out now in  Germany. Sold to Holland and Italy.

You can read a sample of Boot Canute right here:

Boot Canute is about the twelve-year-old boy, William, who has cancer. William no longer goes to school, but spends his days either at hospital or in a bed at home, where his parents care for him. He becomes increasingly isolated from his environment and his strength diminishes daily. One night there is a knock at his bedroom window.  A fat little boy is standing there. His clothes are old-fashioned, but he’s wearing spanking new galoshes and a side-parting as straight as an arrow. The boy hands William a note:

My name is Canute.

I need a place to stay.

Fat and mute, Canute moves in under William’s bed. He only comes out of hiding when William is alone- in his bedroom or at the hospital. Right from the start, William hates him with all his heart; Canute is William’s arch enemy, and William is convinced he will get better, if only he could kill Canute. So William tries to kill him—in 117 different ways—but Canute will not die, just like William’s cancer refuses to go away. But gradually their relationship begins to change: Canute starts to talk—a lot!—and William starts to feel that he understands Canute, that Canute understands him—like no other person ever has—not even his mom and dad.

William’s greatest wish is to be a completely normal boy, who goes to school, hates doing his homework, and plays with his friends. Once in a while, William’s friend, Sebastian, comes to visit him, but they no longer have much in common. When William starts to recover, he realizes that he has forgotten how to be a normal boy. Canute, who had once been his Enemy No. 1, now becomes his friend—and savior; only Canute understands William, and only Canute can teach him how to be a normal boy again.

It works: William becomes a little better every day, and finally he is well enough to go back to school. He sits at his old desk next to his friend, Sebastian, and a little further down the line, sits Katrine, who William has a crush on.

But if William is well again, why hasn’t Canute disappeared as well? Then William collapses at school one day; he has a relapse, but this time, it is serious, and his health deteriorates swiftly. William is very weak, and returns home in a wheel-chair. Concerned about the effect his relapse is having on his parents, he asks Canute to take his place as their son.

William starts to recover, but this time, he decides to take matters into his own hands—with Canute’s help. They start sneaking out of his bedroom window at night, and together William and Canute wheel around the neighborhood in his wheel-chair—normal boys do things behind their parents’ back! But one night, he wheels himself down to Katrine’s house, and invites her to take a ride down to the fjord with him. They become boyfriend and girlfriend—of sorts.

William also resumes a long-discarded project: In the shed lie a pile of beams that are the pathetic remains of William’s attempt to build a raft before he became ill. He decides to rebuild the raft, even though he doesn’t know if he is strong enough to build it—or finish building it at all.

He is and he does: William becomes progressively stronger and his health improves, and one summer’s day, the doctors declare the cancer gone; he will be able to go back to school after the summer holidays with all the other school children. Now he finishes building the raft, and now there is only one thing left to do: One night and William and Canute load the raft onto the wheel-chair and push it down to the fjord. Canute thinks the two friends are to going to take another trip—together—but William stuns Canute on the head with a stone. He puts Canute on the raft and sets it adrift to sea. But we’ll meet again, William, says Canute. No, I don’t think so, says William.

William is right. Canute is gone for good, and William is a completely normal boy again who goes to school, hates doing his homework, and plays soccer with his friends. Sometimes he is Katrine’s boyfriend, and sometimes he isn’t—girls are so strange! William is a healthy boy again, but once in a while, he likes to be alone. Then he climbs to the top of the jungle-gym and watches the other children playing in the schoolyard. He likes to sit up there, alone, with that feeling he knows he can never share with others, that no one will ever understand, when he says: I have lost my best friend. Canute.

"Jesper Wung-Sung knows how to create an atmosphere in way that very few writers can;

it takes hold from the very first page – without the reader quite being able to put a finger on what Wung-Sung has done so well.

You are drawn into his fictional universe, you feel with his characters."

”… this is wonderfully observed and utterly engagingly told. Jesper Wung-Sung challenges himself again and again (…) he  writes with great vitality in a powerful, mellifluous language.”

”… if there is someone who can find the right words and story to match the gamut of feelings tumbling within us all, then Jesper Wung-Sung can.”

insight into both life and death. (…) It is a beautiful story, which opens many doors.

”(A) sensitive and humorous portrait of a boy with cancer.”

”This is a grave, well-written, warm and relevant novel.” 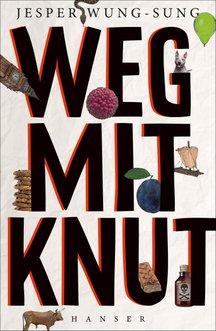 Preview of the german version: HERE. 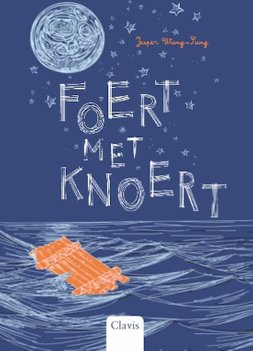