“Jesper Wung-Sung expertly captures the complexities enmeshed in life and death in his new young adult novel that gives a chilling account of the psychological minefield that can trigger school massacres.

...[True fractions] may be regarded as a modern rendition of [Klaus] Rifbjerg’s Den kroniske uskyld (1958) [The chronic innocence] – except for the fact that now, nearly 50 years later, our innocence is no longer chronic. Now our innocence is tainted by that gradual slide into a perversion which tends to flourish in an atmosphere of a general indifference and fear of confrontation. To this extent, the novel contains a subtle warning. Michael Moore depicted a school massacre and the downward spiral to ground zero in his own dynamic fashion in ‘Bowling for Columbine’ (2002), whilst Gus van Sant sketched the paralysing passivity of the schoolyard before catastrophe strikes, in long unedited camera-shots in ‘Elephant’ (2003); in [True fractions], Jesper Wung-Sung lets us peer deep into the boy-souls of his two, tortured teenage protagonists until the outside world – and we, as readers – realize that it’s too late. It is in the thought-vacuum after the catastrophe that the real malaise sets in.” 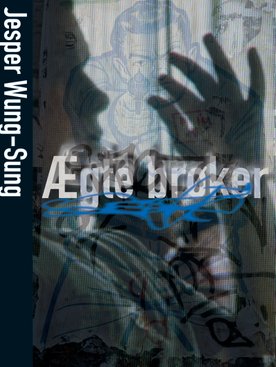 You can read a synopsis of True Fractions right here.

You can read an extract of True Fractions right here